Our Press Room is here for our members and community to view our latest news, announcements, and press releases. Members of the press may email the Liberty Bay Marketing & PR Department with any media inquiries. 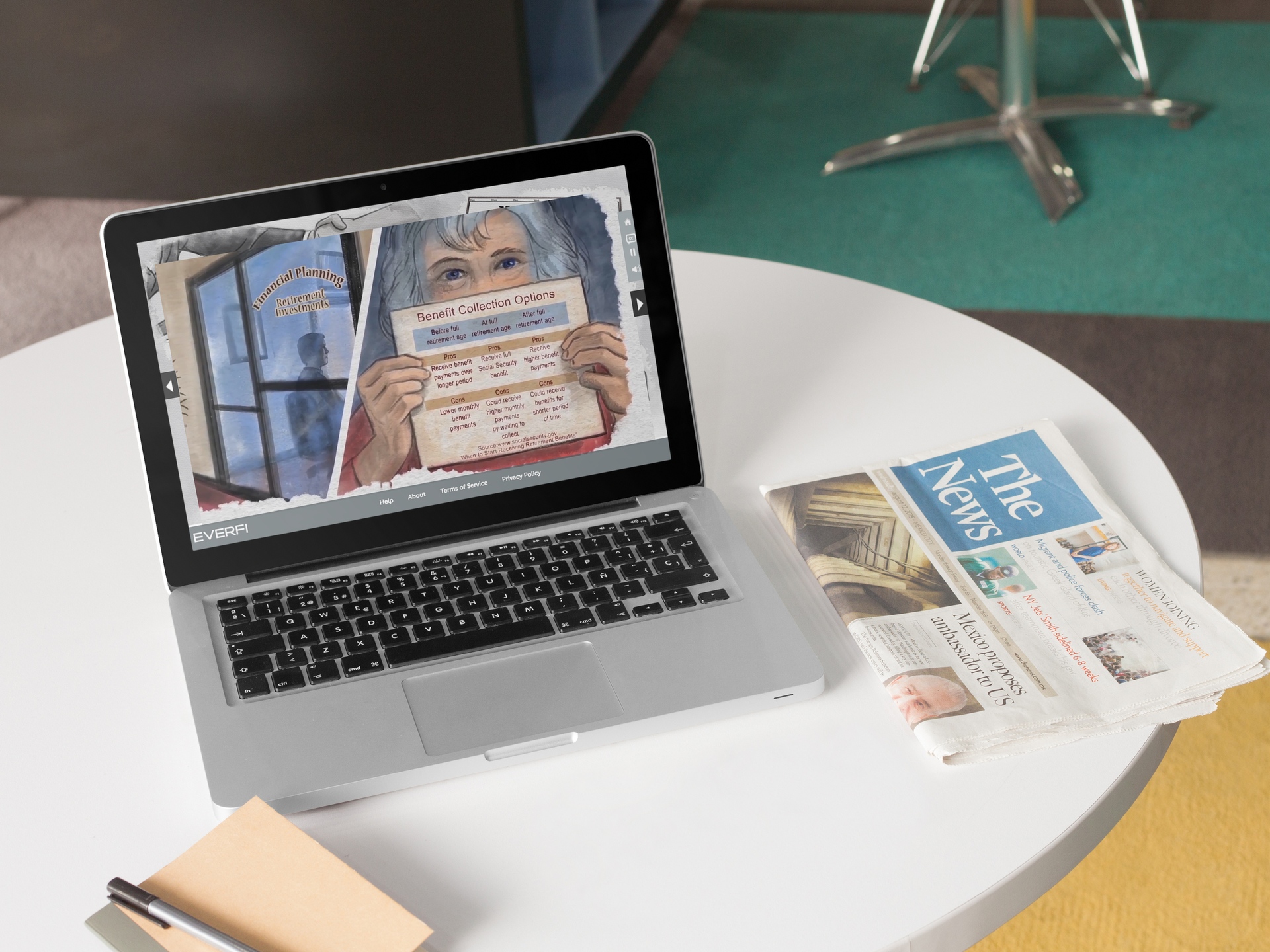 "Your Social Security Number has been suspended." These are daunting words for anyone to hear, especially over the phone. Scam calls like this have been used to target Americans more and more over the years and seem to be at an all time high. 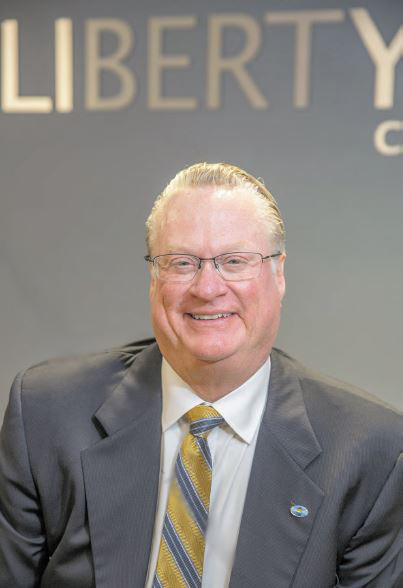 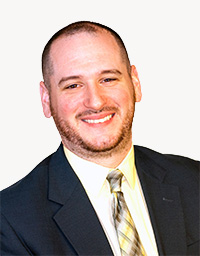 BRAINTREE, MASS. (September 21, 2019) – Liberty Bay Credit Union, one of the most established credit unions in New England, has hired James Dowling as Vice President and Controller. James will be responsible for guiding financial decisions by establishing, monitoring, and enforcing policies and procedures. He will also enforce internal controls, monitor and confirm financial condition by conducting audits as well as providing information to external auditors. 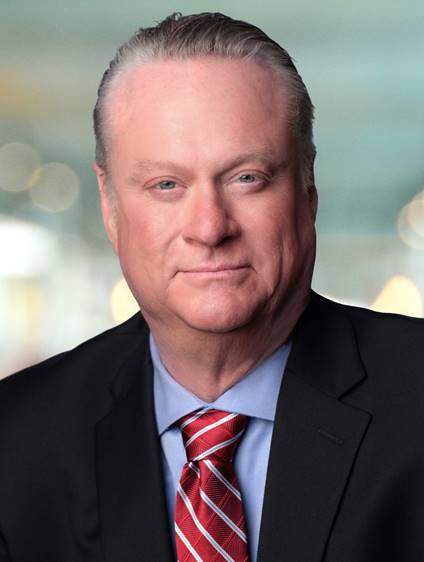 BRAINTREE, MASS. (August 12, 2019) – Liberty Bay Credit Union, one of the oldest and most established credit unions in New England, is pleased to announce that it has been named 2nd place winner in the Desjardins Adult Financial Education Award program. The Cooperative Credit Union Association (CCUA) announced the award, which is one of the credit union state-level winning entries, as part of the National Credit Union Award Programs (Dora Maxwell, Louise Herring, and Desjardins Awards). The programs, sponsored by CCUA and Credit Union National Association (CUNA), honor credit unions for their involvement in community projects, activities, credit union philosophy, and youth financial education.

BRAINTREE, MASS., (June 4, 2019) – College expenses have a way of dampening some of the excitement of being accepted, but Liberty Bay Credit Union is easing the burden by giving away $11,500 in scholarship money to area students who plan on furthering their education.  Liberty Bay celebrated the winners with a dinner on May 31, at Siros Restaurant in Marina Bay, Quincy, MA.

BRAINTREE, MA., (May 8, 2019)  - The weather may have been gloomy, but the spirits of Liberty Bay Credit Union’s Community Matters Team could not be dampened. A Gold Sponsor of the 9th Annual Run for Charlotte, Liberty Bay has been involved for the last six years. 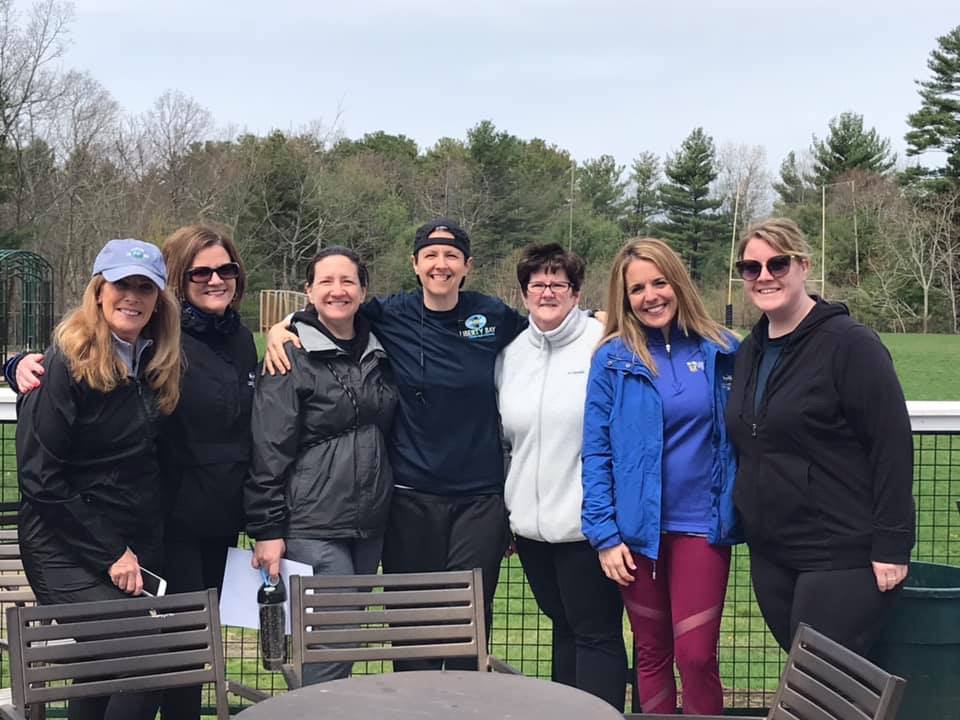 BRAINTREE, MA., (May 1, 2019) – It is always easy to talk the talk, but the Liberty Bay Community Matters team walks the walk, literally, especially when it comes to their community partners. As a silver sponsor, Liberty Bay’s Community Matters Team stepped out to support Old Colony Hospice at their 21st Annual Walk and Run at the Irish Cultural Center in Canton, MA. The event raises money for the organization which, since 1979, has supported families who are facing the struggle of end-stage diseases. 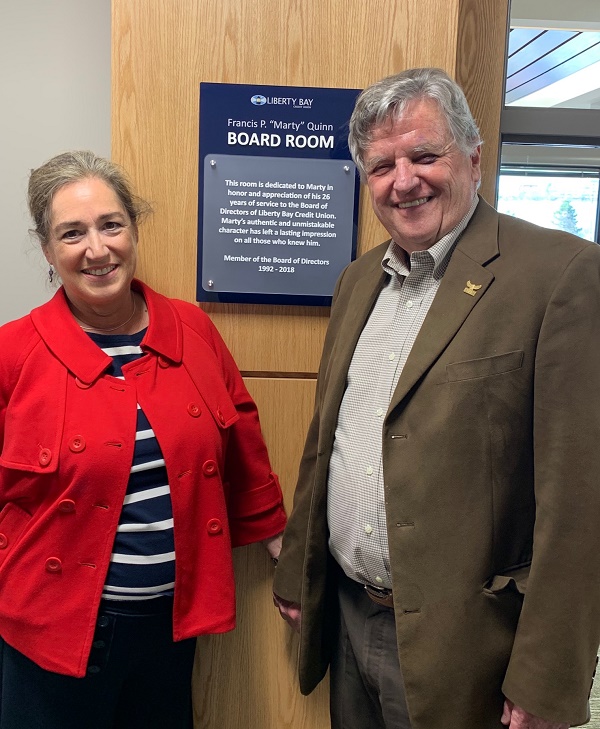 BRAINTREE, MASS. (April 18, 2019) – Liberty Bay Credit Union, one of the most established credit unions in New England, hosted its 102nd Annual Meeting of Members this Tuesday, April 16, 2019. One of the highlights was the dedication of the boardroom in the name of former Director Francis P. “Marty” Quinn, to celebrate his longstanding service to Liberty Bay.

BRAINTREE, MASS. (April 10, 2019) – As Autism Awareness is highlighted during the month of April, The Arc of the South Shore Autism Resource Center continues its efforts to educate and support families who are affected by Autism Spectrum Disorders. One of the services provided by the Center includes a parent support group; however, with meeting space as a scarce resource, Liberty Bay Credit Union has been honored to host the Autism Resource Center for their monthly meetings at Liberty Bay’s Braintree Community Room.